A look at life and finance from every angle.

From personal to professional, from family to financial, there are many facets to your life. Yet, each is interconnected. Planning Perspectives is a source of ideas and information to help you make the most of them all, all together.

Travelers have long recognized the value of expanding the mind while delighting the senses through adventurous experiences both at home and abroad.

It is common to find guides to educate travelers about the history and geographical features of the Mississippi River as their modern riverboat heads upstream toward Minnesota. Or for visitors to Ecuador’s Galápagos Islands to learn from park rangers and wildlife experts before hiking the rough island trails that lead through the habitats of marine iguanas, giant tortoises and blue-footed boobies.

Now there is a new twist on the same idea. It combines luxury travel with an elevated intellectual component that puts the traveler in touch with the thought leaders of today. It’s a concept that affluent millennials – who, studies show, are keen on meaningful travel – and baby boomers and their children find both intriguing and inspiring.

Imagine rising early for sunrise yoga, followed by a guided hike through Colorado’s Unaweep Canyon, a unique red rock canyon located near the Utah state line an hour southwest of Grand Junction. You might choose to climb the spectacular rock palisade or explore mountain bike trails, typical activities organized by other upscale resorts in the Rockies.

However, if you visit Gateway Canyons Resort & Spa during October’s Curiosity Retreat, you will find something quite different. There you can listen to lectures and participate in small-group sessions with such luminaries as historian Doris Kearns Goodwin; NASA’s Alan Stern, who heads up the New Horizons mission to the Pluto system; brain expert and best-selling neuroscience author David Eagleman; ’The Godmother of Virtual Reality,’ CEO of Emblematic Group and immersive journalism pioneer Nonny de la Peña; and four other distinguished thinkers.

For those passionate about learning, it is an opportunity to delve into science, technology, civilization and the human spirit in ways usually closed to those outside exclusive academic circles, suggests Discovery Channel founder John Hendricks, who launched Curiosity Retreats last year. His idea is to offer the “lifelong curious” an opportunity to engage in their chosen recreational travel experience, while also mixing intimately with “visionaries, scholars and trendsetters.”

Professional Education
Combining travel and education isn’t in itself a new idea. For various professions, educational opportunities offered in exotic locations have been available for some time. Healthcare professionals, for example, find it both intellectually stimulating and entertaining to take professional education courses offered by specialized agencies, such as PES Travel (pes-travel.com).

Nurses and doctors sail the Mediterranean among picturesque Italian and Greek islands, while experts conduct courses on the value of the Mediterranean diet model and its usefulness in the treatment and prevention of obesity and chronic illnesses. Upcoming offerings will take travelers to Botswana and South Africa, to countries that border the Baltic Sea, to Costa Rica, and even to Tahiti and Bora Bora.

Similarly, students studying for a master’s degree in business administration can seek out programs at Washington State, Northeastern, Saint Leo, Arizona State and other universities that include brief sojourns – anywhere from three days to two or three weeks – during their courses.

Learning on the Move
While not claiming to offer inspirational programs by the intellectual elite, several cruise lines give their passengers more than sightseeing excursions and fun at sea. Scientists, musicians, artists, accomplished chefs, and film and television celebrities often take part in lecture series available on the big liners.

Recently, Capt. David Lethin and his crew – fishermen, not actors – from the Aleutian Ballad, who star in the reality show “The Deadliest Catch,” told their crab fishing stories to Princess Cruise Line passengers on their way to Alaska. And passengers touring the Baltic Sea region on Ponant’s luxury ship La Borealvisited the former Lenin Shipyard in Gdansk, Poland, before meeting with former labor leader and president of Poland, 1983 Nobel Peace Prize winner Lech Walesa as he discussed democracy in the region.

It’s rather easy to combine a passion for learning with travel. The difficult part may be choosing among the possibilities. 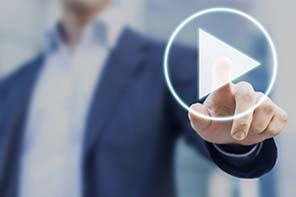 Publications from our research analysts team that contain market news and investment ideas of potential interest to clients.

Retirement is generally something people look forward to. It’s a stage when we have the most control over our lives and, hopefully, the resources and good health to continue to enjoy it.